The One With All The Camps

Since The Professor turned my piglets into an oxen (happy anniversary to me), I felt it only right to slap you all with some marital wisdom.

But, before I wow you with ALL THE SMARTS, let me tell you a story.

Within the first year of our marriage it became apparent to us that most people sideline any hint of relationship insight offered by newlyweds. To be fair, the scope of our experience was limited to courtship, short engagements, newlywed matters, and wedding night jitters. Impressive. We were were given non-refundable tickets to "Starry-Eyed-Newlywed Camp" which just so happens to be right across the road from "Pre-Kid-Parenting-Ideals Camp." I also attended "Twenty-Somethings-Who-Are-Excited-To-Turn-30-So-They-Will-Finally-Be-Taken-Seriously Camp."


Then we were bused straight to "We're-PREGNANT?!? Camp" which hosted social nights with "Holy-Crap-We're-Actually-Adults Camp."

After that, it's all a blur. All I know is that I woke up to a camp bugle that sounded suspiciously like the flush of a low-flow toilet and self-sufficient children making their own breakfast after starting a load of laundry. Turns out, we're camp counselors. I didn't realize this until I caught myself thinking, "Why do these people keep asking for my advice? Isn't it obvious I'm winging it on about 97.9999% of what I do?" I guess that means we've got street cred. The funny thing about finally having a satchel filled to the gills with advice is that you realize how incredibly lacking your own bag truly is and always will be. You dump out the contents and begin shoveling in gems from weathered backpacks. You sit back and listen to stories from people who have seen decades upon decades of ALL THE CAMPS and you marvel at their wisdom.

So, my gems are mostly inherited from wise counselors, with a few originals in the mix. Here are the top marriage tips I've learned in fourteen years of marriage:

1. Everyone goes into marriage with some degree of rose-colored tinting on the lenses. That's OK. That's kinda how God made us. I'm more concerned about the engaged couple whose excitement level suggests jury duty is on the horizon rather than marriage.

2. Your way isn't always the best route. It just isn't. That person who proposed to you (or said "yes" to your proposal) is obviously smart. I mean, they chose you, right?!? Embrace their ideas. I guarantee you'll learn scads of nifty-ness along the journey. Think of your spouse as your personal life hack buddy.*

3. Know each others' love languages. It's the closest thing we get to a manual.

5. Skip the drama. This is not a reality TV show. You do not have a contract beyond the one attached to those vows. Ratings do not improve with each tantrum or shallow retort thrown down. Gentlemen, cherish. Ladies, respect.

6. Something must be at the center of your marriage. I strongly suggest Jesus. 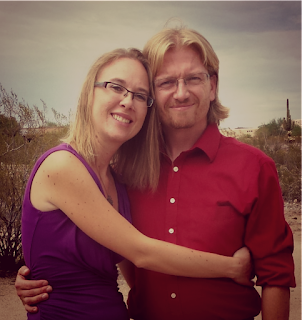 
*"Life hack buddy" needs to be added to wedding vows. Secretary, make a note of that. Thanks.
**It's so precious when people close to you ask if this is a shotgun situation.
***A year later, we were still finding stale marshmallows from The Marshmallow War of 2001. True story.

Posted by Unknown at 2:27 PM No comments: 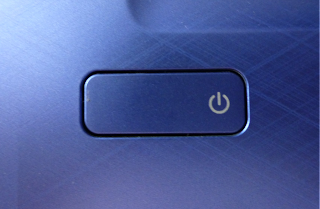 Well, it's like this: I was clipping along on this blogging gig, right? We were having loads of fun together, and I delivered deep truths which convicted you to the core. (I know. You can thank me later.) We were going places! There was only one problem. The computer I had wasn't reeeeeally suited for someone who loves to write. It was made for people who want a portal to Facebook, which also just happens to have some sort of word program thingy. (...if you like your word program thingy to be a major wisenheimer about playing the crash and burn game. Precious.) Using that squirrely computer for writing was akin to hitching a couple of teacup piglets to a yoke and expecting to plow an acre of land. Cute, but futile. I can crack the whip and “Hyah” until I pass out, but we're not furrowing one inch of soil. I tried. I really did. I girded my loins, prayed in tongues, waited expectantly for God to supernaturally change my piglets into beefy oxen. Turns out, sometimes God goes the husband-has-an-impressive-anniversary-present route instead of the Vegas-style-miracle route. God works in mysterious ways, dear people.*
Anyway, I'm writing to you on this joyous day that is Big Blue's maiden voyage in word processing. I'll pass you a hankie. Why name my computer Big Blue, you ask? The symbolism is deep with this one, but I'll try to keep it simple. She's big...and...blue.** Besides, it (coincidentally) works well with my whole piglet/oxen analogy. At any rate, she's a beast, and I've got a lot of ground to cover. I've set hand to plow, and we're digging deep. Aren't you lucky?!

Hang on, because reentry can get a bit dicey.

*This has absolutely nothing to do with me gritting my teeth every time I opened that laptop.
**I never bothered to name my last computer, because we didn't imprint on each other, but before the nameless one, there was Little Blue Lollipop (You may respectfully refer to her as Ms. Lolli). Ms. Lolli was also blue and was loyal to a fault. We were travelling companions through All The Words, working side by side until I dropped a drum on her face. Sometimes I still hear her little "Squeeeetch, beep-boop". Actually, it's rather painful to talk about, and I'd appreciate if you didn't bring it up again.
Posted by Unknown at 1:36 PM 1 comment: